The Farnsworths meet the President 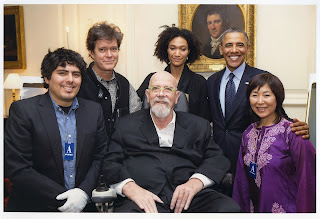 The Farnsworths meet the President, February 2013. From left: Manolo Bustamante, Donald Farnsworth, Chuck Close, Sienna Shields, President Barack Obama, and Era Farnsworth.
This photo may not be manipulated, published, disseminated or broadcast without the written permission of the White House and may not be used in any commercial or political materials or promotions that suggest approval or endorsement of the President or the White House.


Readers of our blog may recall that in late 2012, Magnolia Editions published a series of print and tapestry portraits of President Barack Obama by Chuck Close. These works were then sold at a special fundraising auction, raising over two million dollars for the President's re-election campaign and Democratic Senate races.

A portion of the editions were signed by both Close and President Obama; in February of this year, Magnolia directors Donald and Era Farnsworth traveled to the White House with Close, assistant Manolo Bustamante, and artist Sienna Shields to assist the President in signing each 75 x 60 inch print. Era Farnsworth's full account of their meeting in the White House Map Room can be found in an earlier post.

Recently, the White House Photo Office was kind enough to send along a copy of the above photograph. There are many strict rules regarding photographs of the President in the White House, and while the Photo Office was kind enough to grant us permission to use it on our blog, we must ask that you please respect the restrictions stated in the caption.

That said, we are delighted and proud to share this image with you. Once again, we would like to thank you for your continued support of Magnolia Editions! It is an honor for us to be able to help Chuck Close in advancing a cause such as the President's re-election. We could never have done so without our community of creative friends and family, regardless of political affiliation and whether in Oakland, New York City, or far-flung corners of the globe. 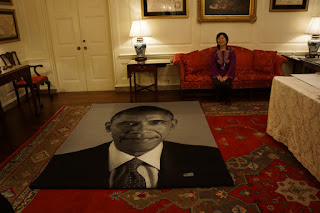 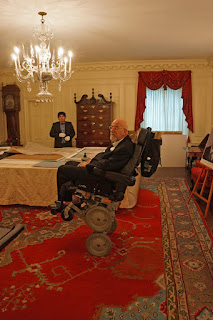 Chuck Close and assistant Manolo Bustamante at the White House 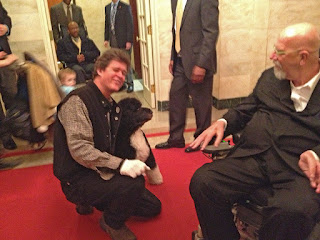 Donald Farnsworth and Chuck Close with Bo, the Obamas' dog 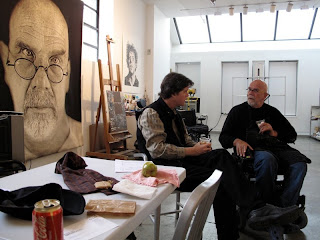