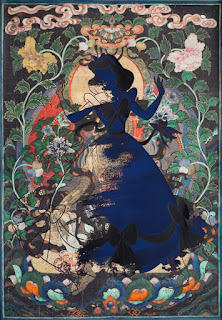 "The True Stories Project" began as a series of interactive workshops over a six-month period, as Art Works for Change, in collaboration with the Kathmandu-based Siddhartha Gallery, used the arts and storytelling activities to help empower victims of sex trafficking and those at risk for exploitation in Oakland, CA and Nepal.

The project has since grown into an exhibition that combines artwork produced in the project with artworks created by invited artists whose work resonates with the show's themes of exploitation and empowerment. 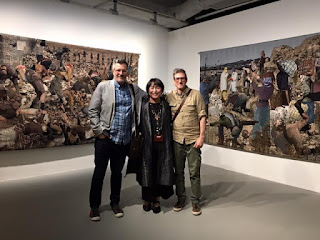 Aziz + Cucher with curator Mizuki Takahashi at MILL6 in Hong Kong
In other international news, Brooklyn-based artist duo Aziz + Cucher recently exhibited four tapestries created with Magnolia Editions in a show titled Line of Times at the MILL6 Foundation's Pop-Up Space at the Annex in Hong Kong, alongside works by Yin-Ju Chen and Morgan Wong. 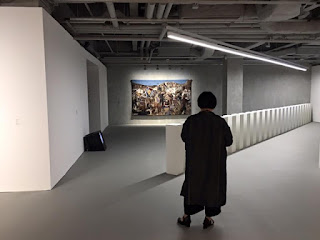 Curator Mizuki Takahashi with work by Aziz + Cucher at MILL6 in Hong Kong
The works in Line of Times explore various perspectives on the concept of time in both the metaphysical and physical sense. MILL6 Senior Curator Mizuki Takahashi writes: "the multi-disciplinary artworks exhibited resonate with the fluidity of interpreting the subject, a universal yet subjective experience, with immeasurable impact on human existence, shared knowledge and evolutional civilization." 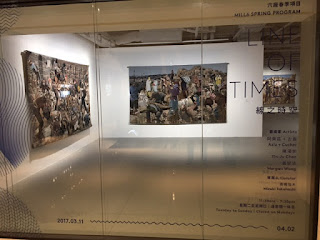 Aziz + Cucher tapestries at MILL6 in Hong Kong
For this exhibition – the artists' first in Hong Kong – Aziz + Cucher produced four large-scale Jacquard tapestries with Magnolia Editions, three of which were commissioned and will become part of MILL6's permanent collection. 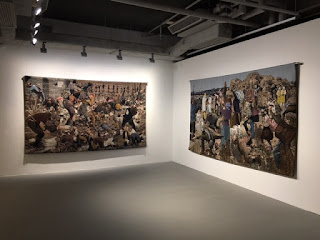 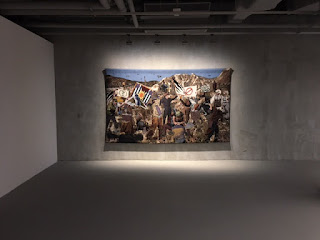 Aziz + Cucher tapestry at MILL6 in Hong Kong
Finally, Kiki Smith tapestries published by Magnolia Editions are currently on view at Robischon Gallery in Denver, CO from March 16th through May 6, 2017. 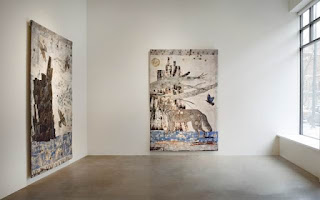 Tapestries by Kiki Smith at Robischon Gallery in Denver, CO
"Kiki Smith: Selections from the Jacquard Tapestry Series" includes four tapestry editions by Smith, installed so that they can be seen from the street and at night. 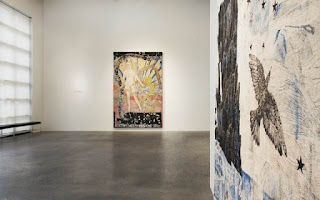 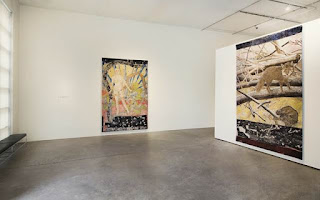 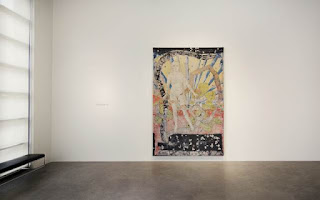