In memory of George Miyasaki 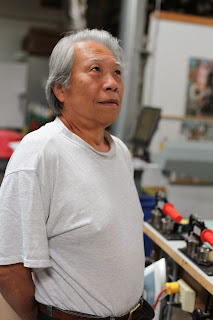 George Miyasaki at Magnolia in 2009
It is hard to believe and difficult to report, but our friend and teacher George Miyasaki passed away this week. He was 78 years old.

George was a role model to all who knew him – an extraordinarily humble and soft-spoken man whose grace, patience, and good humor were matched only by his incredible work ethic. Having studied painting and printmaking with Richard Diebenkorn, Leon Goldin, and Nathan Oliveira in the 1950s, George immediately began winning awards for a highly innovative body of printmaking work that continued right up until this year. His signature mix of collograph textures, expressionistic forms, and unpredictable colors made his work instantly recognizable. It would be a disservice to George to say that his work simply reflected his personality when he was so unquestionably gifted and worked so admirably at his craft – yet it is true that his prints balanced a gentle, lyrical elegance with a bold physicality in a way which mirrored the quiet strength that seemed to radiate from George himself.

A young George Miyasaki, second from right, with (from left) Harold Rosenberg, John Coplans, and Wilfrid Zogbaum
One can read all about George's storied career in the biography available from his galleries or the numerous major museums that collected his work; to list his various Guggenheim and NEA grants, to speak of his work at Atelier 17 in Paris or his decades of teaching at UC Berkeley, while extremely impressive, somehow still does not seem to do him justice. George was a lion. It is hard to put into words how generous he was with his brilliance, how dedicated he was to his work, and how fortunate we are to have learned so much from him. We love you, George. 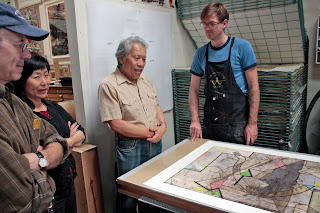 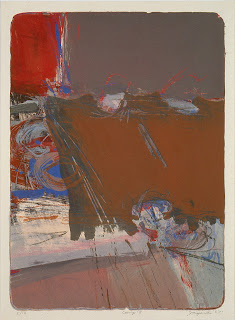 George Miyasaki - Composition 18, a lithograph from 1957 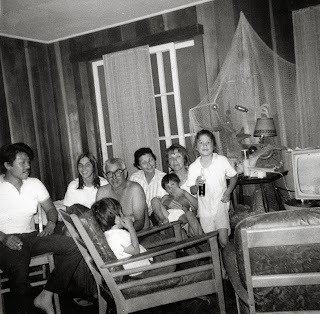 Miyasaki (far left) with family in the 1950s 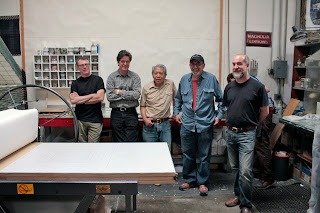 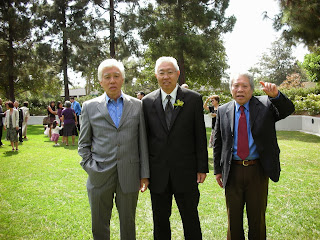 Miyasaki (at right, ever the instructor) at a wedding in Hawaii, 2006 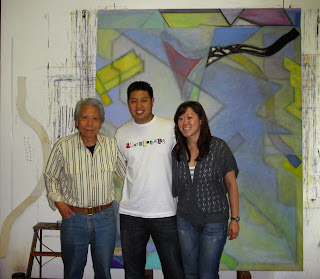 Miyasaki with family in front of a painting in progress, 2005 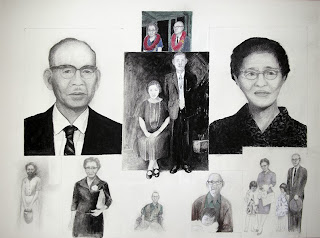 A 2005 drawing by Miyasaki commemorating his parents 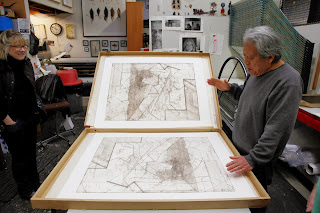 Squeak Carnwath and George Miyasaki with collagraphs in progress at Magnolia, 2010 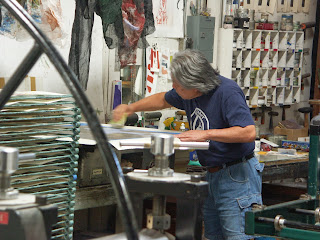 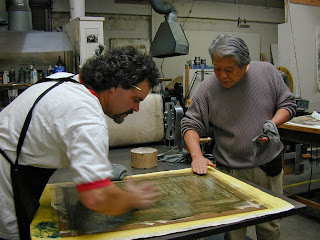 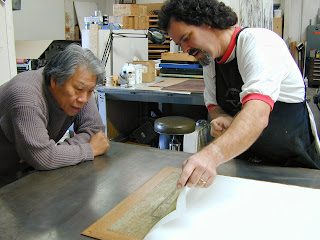 Dula and Miyasaki pull a print at Magnolia, 1999 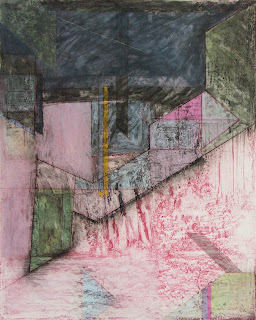 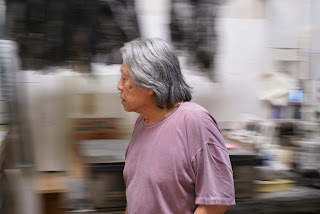 He was my teacher at Berkeley. He was a great teacher and I learned much from him.

George and his wife and my first husband, Don Yuen and I were great friends when we were all at the California Collage of Arts and Crafts. We pulled many an all-nighter over a jug of cheep wine and a game of pinochle.

I only just discovered that he had died. Does anyone know the cause of death? gduncann@yahoo.com