The discussion, "Collaborating with Bruce Conner," will take place from 7 pm - 9 pm at the San Jose Institute for Contemporary Art. Tickets are $5 for ICA members, $10 for Non-members and free for students.

Conner at Magnolia Editions in the early 2000s.
SJICA describes the concurrent show, "Bruce Conner: Somebody Else’s Prints" as follows:
A fixture in the San Francisco Beat-era art scene in the 1950s  and 1960s, Conner was renowned for his groundbreaking work  in assemblage, painting, sculpture, printmaking, and experimental film. The Wichita, Kansas native never worked with  one medium for long, and infamously shifted personas, often attributing his artwork to celebrities, such as actor and friend Dennis Hopper, and fake personas alike.

Printmaking is one medium that spans Conner's entire career. "Bruce Conner: Somebody Else’s Prints" will feature around 100 works, from the first etchings and lithographs the artist made while still a young student in Kansas in 1944 to his last prints made at Magnolia Editions, Oakland, California, in 2003.

All of his important series of prints will be featured: the work with Tamarind Lithography Workshop in the mid-1960s; a selection from his disorienting series of maze-like lithographs; and all three volumes of “The Dennis Hopper One Man Show,” a series of etchings based on engraving collages.

In addition, the exhibition will feature rare ephemera from the archives of the Conner Family Trust. For example, photographic slides (strikingly similar to the black and white lithographs that he started making in the 1960s) that Conner used when he was part of a group that performed experimental light shows for bands like Big Brother and the Holding Company and the Grateful Dead.

For more information, please visit the SJICA website. We hope to see you there! 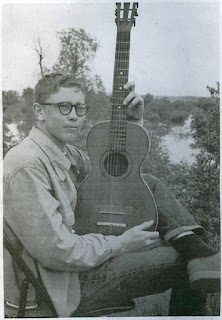 Open Letter to the Editor of The Art Newspaper 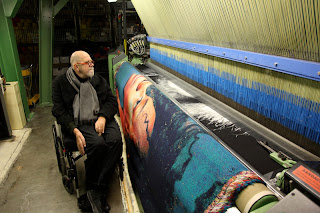 Daniel Grant's February 14 article about the sale of a "Warhol tapestry" misses its mark entirely in what amounts to an inaccurate representation of my studio and its publications.

The article's title "When can you buy a Warhol for under $10,000? When it's an artist's tapestry" refers to a 1968 edition produced after Warhol: a reproduction made "after" (i.e., in the style of) the artist and created without the artist's input. There is a vague correction at the bottom of the web version of the article, which ultimately does not draw a clear distinction between this so-called "Warhol tapestry" and an actual work by Andy Warhol. Meanwhile Mr. Grant uses his comments on the exhibition and sale of this "artwork" to segue into a discussion of the tapestries we publish, even placing a picture of myself, Chuck Close, and a Close tapestry below the "Warhol tapestry" headline.

It is misleading to conflate a mass-produced reproduction after Warhol with any tapestry published by Magnolia Editions, which has been translated via a rigorous proofing process supervised and directed by the artist. Even in the limited space of 700 words such a distinction is not only possible but essential. But to Mr. Grant, such distinctions of process and medium are mere ephemera; all that seems to matter is if the object is selling, how much the object sold for, and who bought it.

Unfortunately, even his reporting in the area of finance is not only misleading but damaging to the reputation of my business. While using a photograph of myself with an artist and work published by Magnolia Editions to boost his readership, Mr. Grant disingenuously introduces Magnolia in the context of a two-year-old quote from artist Alex Katz – a quote that appeared verbatim in Mr. Grant’s 2013 article on this same subject in The Observer – about not having been paid for any tapestry sales. A Katz tapestry sold in 2014, and the artist was indeed paid his portion of the $75,000 sale. For Mr. Grant not to have fact-checked this with us when he had the opportunity bespeaks an inattention to detail that is unacceptable.

Leon Golub - Reclining Youth, 2003/1959
Jacquard tapestry, 82 x 169 in. Edition of 5
In any case, monetary valuation is left to the future and is not our primary concern at Magnolia. When the painter Leon Golub received the initial proof of his fourteen-foot-long Reclining Youth tapestry from the mill and hung it on the wall, it was an emotional moment for us both. He sat down on a small stool in front of the expansive matrix of colored threads; after what seemed like an eternity of silence he walked over to the tapestry, touched a section, and began describing his amazement at the ability of the strands of twisted filament to articulate so well the reds and blues of a complex wash of paint. The moment was spiritual. That story is more important to me than the rate at which Golub's tapestry has gone up in price or how many people bought one last year; yet the latter is the only kind of information Mr. Grant has ever solicited from our studio. 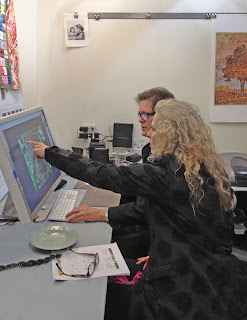 Kiki Smith and Donald Farnsworth working on a tapestry weave file at Magnolia Editions in Oakland, CA in 2012.
One could not hope for a more devoted, interesting, and excited group of artists than those who have created tapestries at Magnolia Editions. Naturally it is important to me that our work with them is treated with respect in the media. In the future, I hope that more care will be taken to ensure that Mr. Grant's reporting on this subject is accurate. 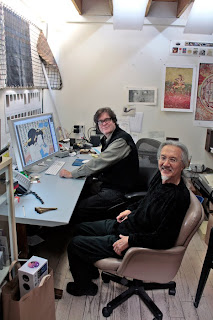