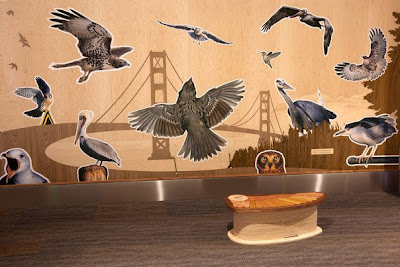 Detail from San Francisco Bay Area Bird Encounters
The work includes a mural with inlaid wood elements printed at Magnolia Editions, as well as two benches which double as interactive musical instruments. The benches and mural have embedded wooden panels which, when played left to right like a xylophone or marimba, produce the notes of songs by birds depicted in the mural. 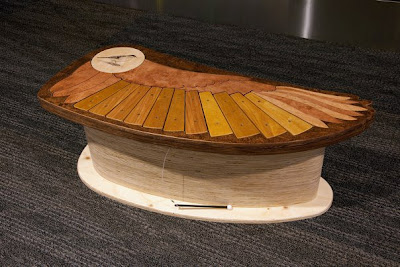 Musical bench
Pictures above courtesy of the artist. Congratulations to Walter and the San Francisco Arts Commission!