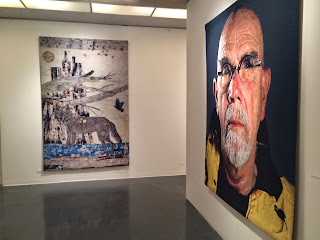 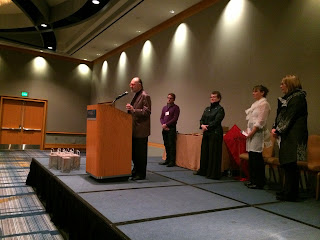 Rupert Garcia addresses the audience at the SGCI awards ceremony 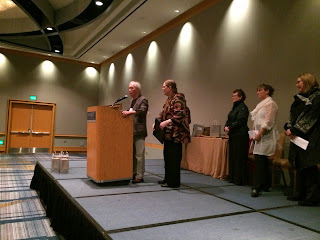 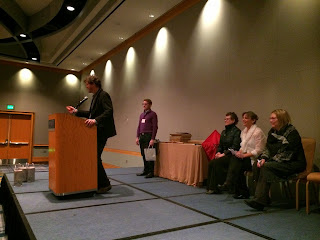 Donald Farnsworth accepts his award for Innovation at the 2014 SGCI awards ceremony
UC Berkeley Continuing Lecturer Randy Hussong also organized an exhibition at the university's Worth Ryder Art Gallery for award recipients. Farnsworth chose to highlight a variety of projects published by Magnolia Editions in the last thirty years. Below, a selection of photos from the opening; please check Facebook for the full set of Farley Gwazda's wonderful pictures from the evening! 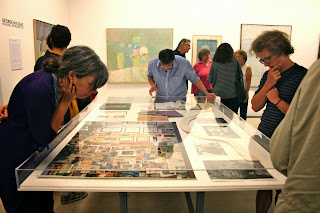 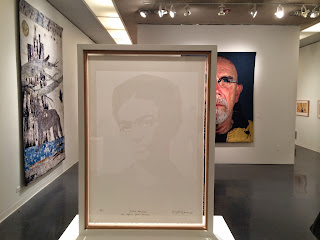 Watermark of Frida Kahlo by Rupert Garcia at Worth Ryder Gallery 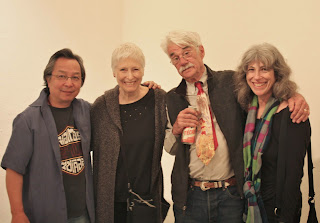 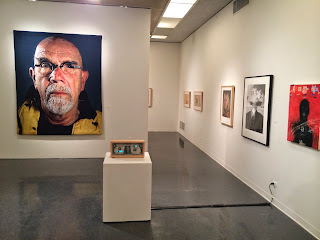 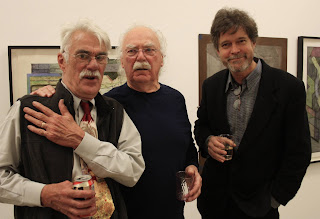 Richard Shaw, Doug Heinie, and Donald Farnsworth at Worth Ryder; photo by Farley Gwazda
Posted by Magnolia Editions at 2:48 PM

Keep in mind, if you do choose to have a wedding or event here that the maximum capacity with a dance floor is about 150. So it is different from having a wedding at a big hotel.
San Antonio Wedding venues