David Best at the studio 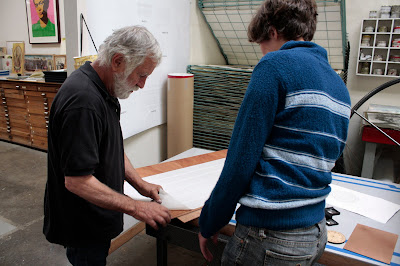 David Best and Tallulah Terryll
David Best has been working at Magnolia lately, using the laser cutter to translate drawings into three-dimensional pieces for his ornate wooden sculptures and creating plates for a new series of prints. Visitors to Burning Man have probably seen the enormous temples Best builds (and destroys) at the desert festival every year. 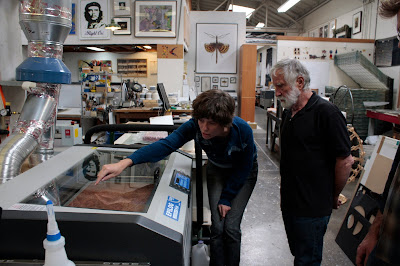 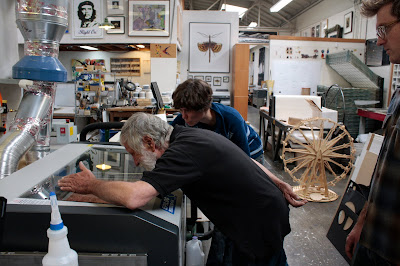 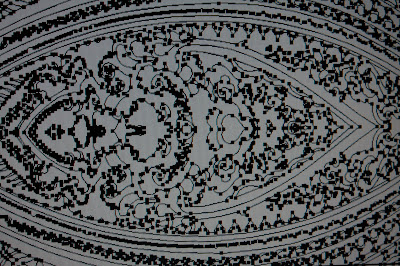 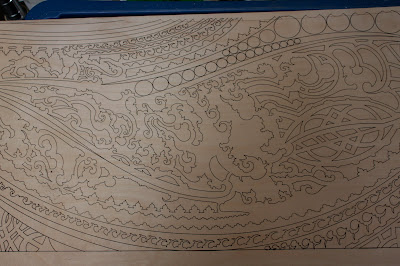 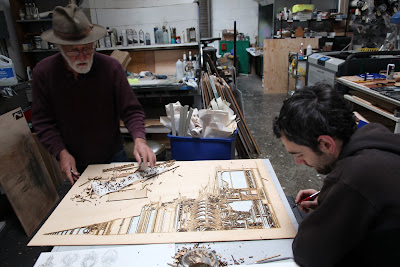 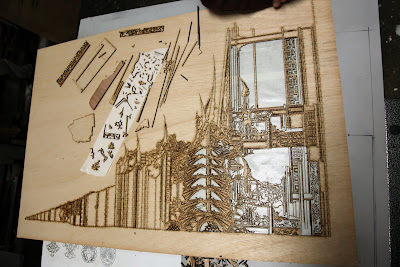 Mel Ramos also stopped by with his daughter Rochelle on the same day that Best's son Kelly visited the studio: 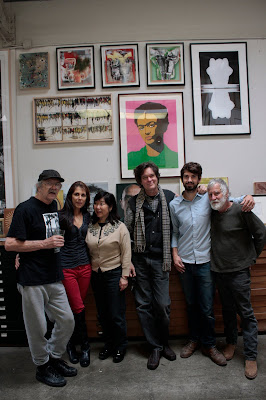 Mel Ramos and daughter Rochelle, Era and Don Farnsworth, Kelly and David Best
Best created numerous monoprints at Magnolia in the late 1980s and early 90s; Nick Stone is currently working on a catalog of these images, many of which have never been reproduced in print before.