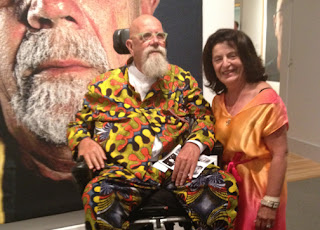 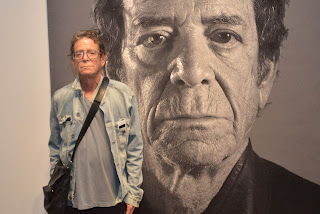 
Sienna, one of Chuck Close's recent subjects, her head larger than life on Hahnemuhle rag paper, told me Chuck likes to tell the story of James Turrell spinning him around in his chair to get the full effect of his neon light art in the reconfigured Guggenheim Museum's rotunda. 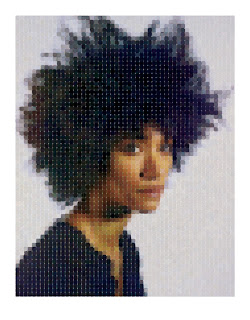 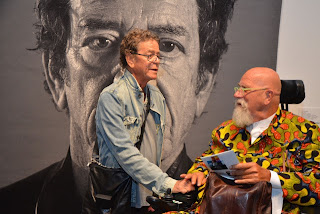