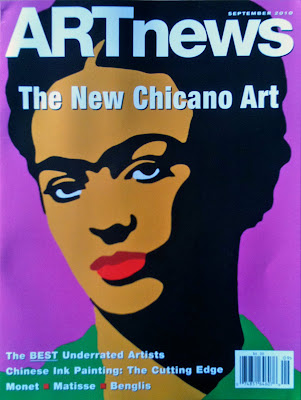 Look for Rupert Garcia's Frida Kahlo (1975/2002), a woodcut published by Magnolia Editions, on the cover of the September 2010 issue of ARTnews.

Next month, says the magazine's website, as Mexican American artists attain a higher profile within mainstream art institutions, we explore what it means to operate under the Chicano moniker in today's culturally complex landscape.